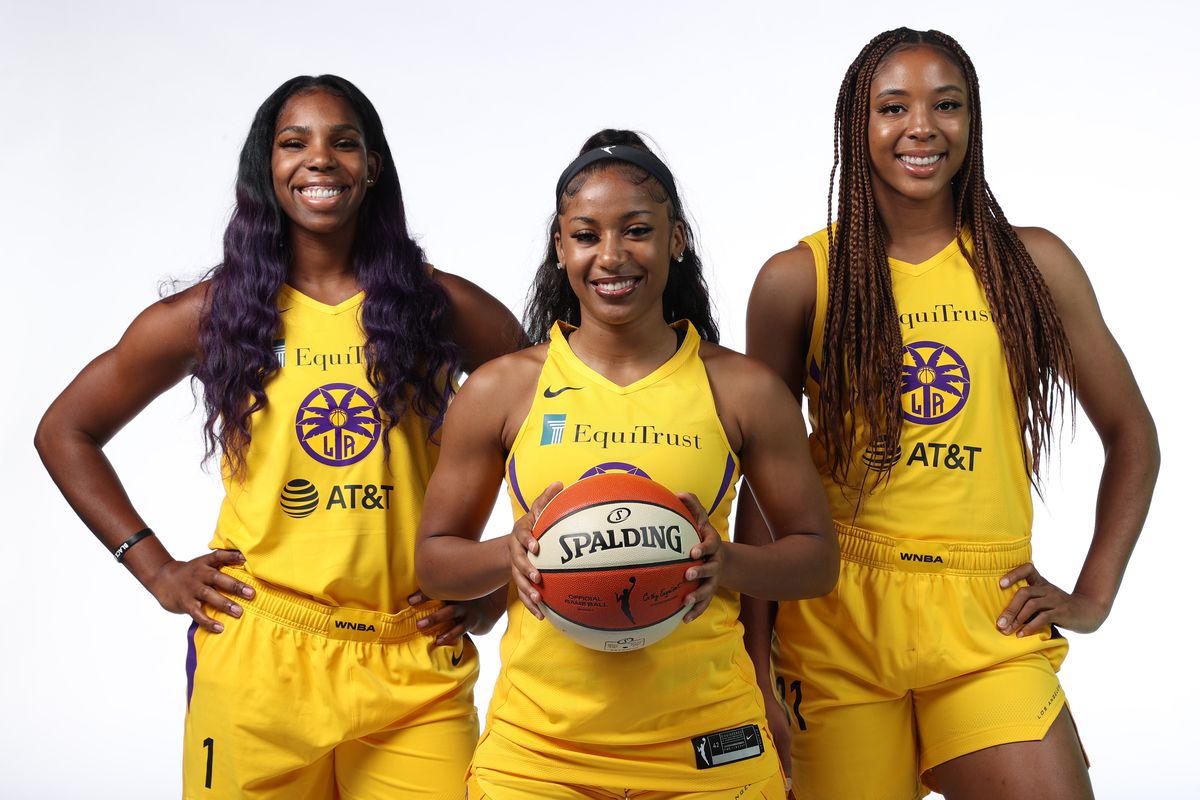 I don’t know if the Sparks drink beer but if they do, I’m sure they prefer Dos Equis. If you look up and down their organization, you will quickly notice that they are not your run of the mill team. This has to be the most diverse pot of basketball gumbo we’ve ever seen. From the owner, to the last woman on the bench, the Sparks run the gamut of personalities and experiences.

If you start at the top, you have Magic Johnson. He’s a five time NBA champ and has one of the most vibrant personas in basketball history. When you get closer to the court, there’s head, coach Derek Fisher. He boasts five championships of his own. He also had a front row seat to one of the wildest rides ever in the NBA. Anyone who was around the Lakers organization during the Kobe/Shaq years, has stories for days. Then of course, he’s Mr. 0.4. It’s not often that a player changes the rulebook but D. Fish has that notch under his belt too.

Now let’s look at the ladies. Their roster ranges from legends, to savvy vets, to rookies. That’s not why they’re special though. Their uniqueness lies in who these respective players are. Candace Parker, who is undoubtedly one of the greatest to ever play, is also continuing her duties as an analyst for TNT. Then they have the player who might be having the craziest experience in the bubble – Nneka Ogwumike. Not only is she playing, but she’s playing in an atmosphere of her own partial creation. As a former Rookie of the Year and MVP, the Sparks are looking for her to be one of their main contributors on the court. As president of the WNBPA, the players are looking for her to navigate the league through these unprecedented circumstances. How these ladies are able to juggle their respective balancing acts is beyond me.

Even their young players have experience beyond their years. Kristine Anigwe’s journey in the W has been anything but traditional. She has only played 31 professional games, but has worn three different uniforms. Having moved around so often, in such a short period of time, has helped her get used to adjusting on the fly. I can’t think of a better trait to have, while moving into this uncharted territory of the bubble atmosphere.

Then look at Te’a Cooper’s journey thus far. Her WNBA experience has been out of the ordinary, since the beginning. She had a virtual draft experience. Then was waived, without the opportunity of having a training camp. Then when she least expected it, the Sparks rang her phone. After so many ups and downs, I’m sure Te’a has developed one of the most important characteristics a basketball player can possess: a short term memory. She hasn’t had time to dwell on any one situation, good or bad. Because before she can even digest what happened, the pendulum swings again. With everything she’s encountered in her career so far, it’s hard to imagine her getting rattled easily.

The Sparks are definitely one of the most intriguing teams in the bubble. They’re probably missing out on some reality show money, because I can only imagine what we’d see if they had cameras tailing them 24/7. With this mixture, they might be more prepared to operate within the bubble, than anyone else. This is a foreign experience to everyone involved. But with everything, these ladies have collectively been through, I don’t see them having any issues adjusting on the fly.

We’ll be keeping a close eye on the Sparks throughout the season. With all these different ingredients, they might be cooking up a championship. Whatever happens with them this year, we know it won’t be boring.

Newsletter
In this article:culture, la sparks, made for the w, news, sneakers, wnba
Up Next:

Will Chicago Sky Fly Into the Playoffs?