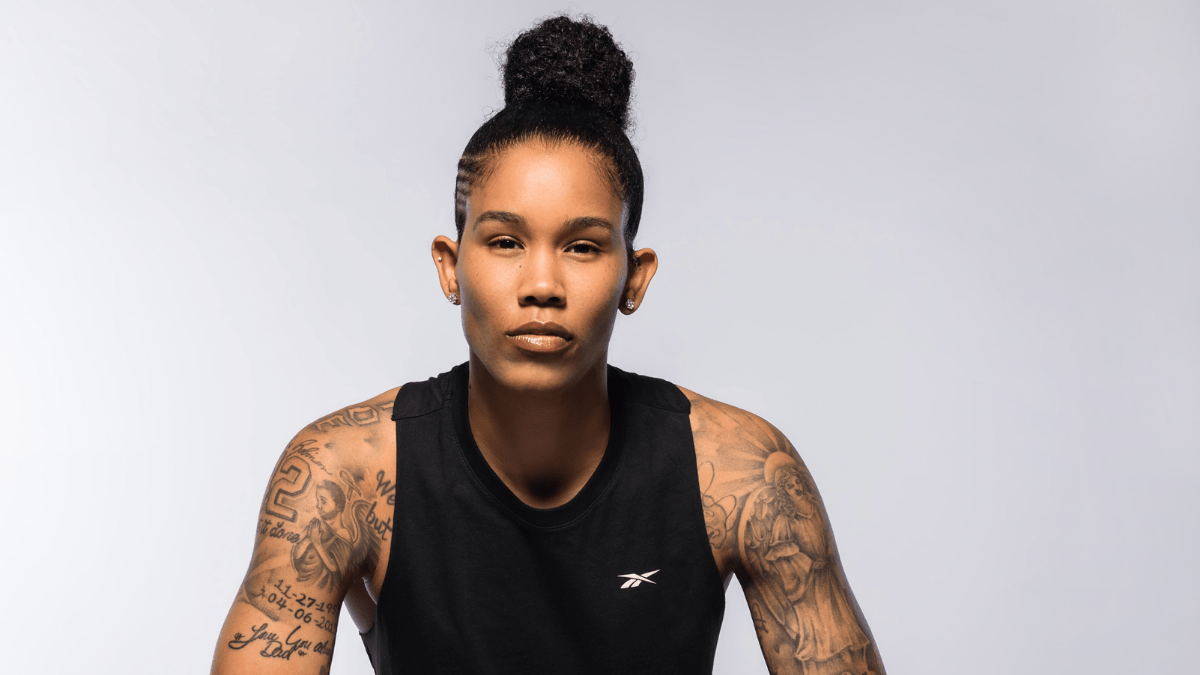 The idea of being able to get drafted into the WNBA is an exciting thought for anyone but it was an especially exciting time for Ty Young. Her college coach had an inkling she would be a high draft pick and she was. Ty Young was the first-ever draft pick for the Atlanta Dream, a brand new franchise at the time, in 2008. It was a dream come true for Young. Being picked by the Dream also allowed her to be close to her family and friends as well since she grew up in the South.

The Dream flew Young out to Atlanta on a first-class ticket for a party with the owners and season ticket holders. “It was amazing,” Young described it. Young’s basketball career was off and running. By the end of her WNBA career, she had played with three other teams: the Chicago Sky, the Las Vegas Aces and the Seattle Storm under a training camp contract. Ty Young has seen the league grow quite a bit in the 12 years she was in the league. She said, “The league is growing for sure. I believe not just within the league, but outside the league. People are giving the women more support, more notoriety, where they are acknowledging the difference of players where it’s not just about basketball. But about their personalities, their fashion, the things they are doing off the court as well.” She went on to say it is great the fans are getting to know the players on a closer level and it brings a different type of fan base which helps grow the game as a whole.

WNBA fans were shocked by the news of Ty Young announcing her retirement earlier last month on social media. The decision of retirement was a real process for Young. She went through a depression after the Aces decided not to ask her to return and her basketball career looked to be abruptly ending. After the WNBA played a year in the bubble, Young got a call from the Seattle Storm. She was all in and was excited for the opportunity to play with an established, championship-winning team. Young didn’t realize the contract was only for training camp but it gave her an opportunity to play in an exhibition game and come to the conclusion that she was still good enough to play in the WNBA. Seattle ultimately waved her but Young was already at peace with it. She knew she was still a great player and still made history in a lot of different areas of the game. With her newfound peace, she decided to retire and focus on her future endeavors.

The 2021 season of the WNBA marks the 25th anniversary of the league and alumni are getting recognition for their contribution to the league. Young recently attended a Las Vegas Aces game to be recognized as an alumni of the franchise. “It was amazing. I always knew that the Vegas fans loved me just from the support they always showed, but when I was there on the stage and to hear how loud they chanted for me. Like, I almost cried because sometimes you don’t get your flowers or you don’t know the impact that you have on people,” Young described. She went on to say the growth of the league is shown more when homage is paid and the family it forms.

Ty Young fans know her basketball career is only the beginning of what she will do. She has carved out her own lane in fashion, shoes, and culture as well as in basketball. Being herself is a big part of her brand. “I feel at the end of the day, people want to be accepted, but you’re not going to be accepted by everyone, so why not just be yourself,” Young described it.

The fashion line Ty Young created is another way she expresses herself and her creativity. TY1 Gear is growing even more as a brand, expanding on the signature t-shirts and hoodies. Young is working on doing some more lifestyle pieces on the higher end of fashion. She wants to expand her brand to include different styles for different people and not seem like just an athletic wear brand.

Young signed a deal with Reebok in January of this year and has a lot of things in the works with them. Reebok showed her love for a while by sending her care packages before ultimately sending her a contract for a shoe deal. “It was a dream come true. They’ve shown their love and loyalty throughout even before the contract came so it was a no-brainer for me,” Young described the shoe deal. The sponsorship has already brought one collaboration. The PE show debuted on social media earlier this year and Young hinted there is more in the works with Reebok. “I actually had some shoes that I was going to debut this summer, you know, being the 25th anniversary [of the WNBA] with some of my basketball inspirations or idols growing up. So hopefully those are still being released. We’re also working on a PE as well. Hopefully, everything will work itself out as we have planned in the works,” Ty said about the upcoming releases. The Reebok sponsorship only touches the surface as Young is one of the biggest sneaker icons of the WNBA. Sneaker culture has grown substantially in the past couple of years and Young has contributed to that fact. She has a famously large shoe collection. Growing up her favorite shoe was the Concord 11 since she is from North Carolina. Now the Reebok Club C 85s has taken the top spot in her collection. She has a lot of different colorways and styles of the shoe. She loves how it can be dressed up or dressed down.

Ty Young is the epitome of changing the game of basketball with her fashion, culture, and individuality. Her basketball career, fashion line, and shoe deal all show the kind of person she is, authentically her. Basketball was always the main focus. Now with her retirement, Young can focus more on her fashion and sneaker goals. She has certainly made an impact on the culture of basketball as her fans can attest to.