When it comes to collaborations, adidas has been working hard lately. The brand released its’ Top Ten Hi x Star Wars ‘Boba Fett’ last week, which sold out instantly. This collection celebrates the 40th anniversary of Episode V of Star Wars – “The Empire Strikes Back” and the model is a nod to the bounty hunter.

The moment you open the parcel, your jaw drops to the floor, as this release pays attention to the tiniest details. The shoebox itself looks like a collectors-only packaging for an action-figure. There’s Boba Fett printed on the front and a see-through plastic window to sneak-peek inside. Once you open the box, a surprise falls out – a Boba Fett x adidas poster.

The shoes are kept in a trace green/scarlet colorway featuring ‘battle scars’ on the upper to copy Boba Fett’s armor as perfectly as possible. The first thing you notice though, is a brown leather bag on the ankle of the right shoe, which mimics the hunter’s utility belt. It contains spare ‘BOBBA FETT’ lace jewelry in olive and features the character’s iconic ‘You can run, but you’ll only die tired.’ line on the inside of the flap. There are also Boba Fett’s badges on the upper, special patches on the tongues, as well as insoles depicting him with Darth Vader’s troopers.

I am amazed at how detailed this release is and I am sure that every Star Wars fan will be very pleased with it. If you’re still after a pair, I think the prices might drop a bit on resale sites, but don’t wait too long!

Newsletter
In this article:adidas, Star Wars
Up Next: 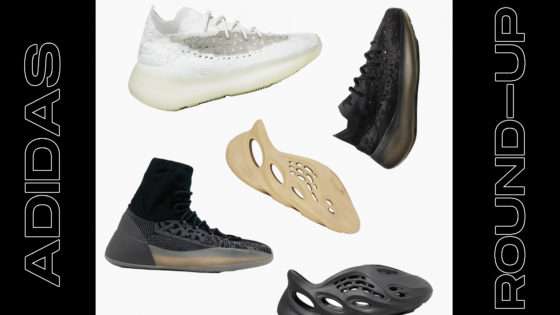