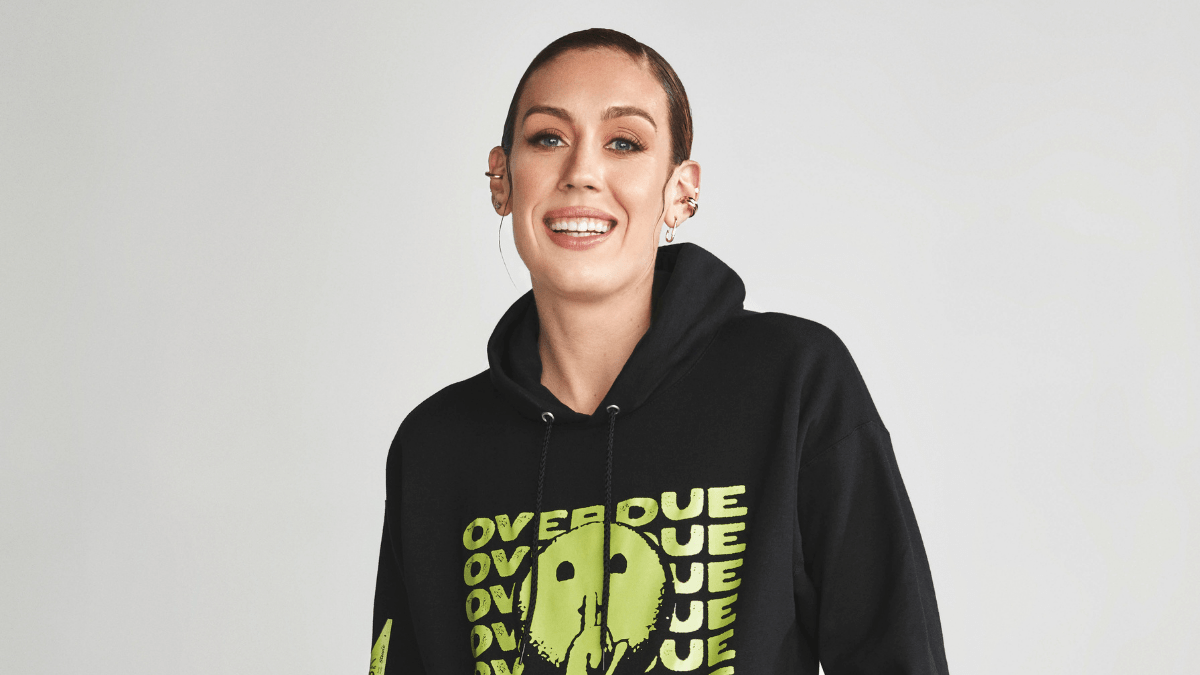 When it was announced that Breanna Stewart signed with PUMA back in May 2021, everyone took notice. Not only was the brand welcoming one of the largest and most accomplished names across all sports, but they were able to do so after Stewart had spent the previous five years with Nike.

With the announcement that the deal included plans for an eventual signature shoe, women’s basketball fans were rejoicing.

A prequel of sorts, PUMA will release a co-branded, limited-edition apparel pack called Overdue with the basketball superstar.

Here’s a little about what the items will represent:

Before the release of the Overdue apparel pack, I had the opportunity to sit down and speak with Stewart. We were able to discuss the drop, her style, motherhood, and of course the much-talked-about White House outfit.

B. Terrell: What does Overdue mean to you?

Breanna Stewart: The fact that it should have already happened. Something that should’ve already been done.

BT: To expound on that, what is it that you’re looking to do with Overdue.

BS: I think what PUMA and I are looking to do with OVERDUE is looking to invest in women. To invest in women’s basketball and female athletes and set the standard for what we deserve and what we should have and where we should be. This is just a drop – a prequel to the signature line and shoe that’s going to come out. First of all, it’s going to be dope. This just goes to show that PUMA is all in and they’re ready to continue to elevate the game and set the bar for the rest of these other companies.

BT: Why is being an advocate for equality in sports important to you?

BS: It’s important because it’s sad that we have to do that and fight for equality. It’s important because I want to make sure if I’m my best on the court, I want to make sure I’m my best off the court. To make sure that we continue to get what we deserve. Maybe it’s not going to be equal while I’m still playing, but hopefully for the generations after me and showing them that we don’t settle for less and that we do deserve this and people need to value us and have that be the mindset and mentality.

BT: Thinking back, who was, if any, a female athlete that first made you feel empowered to use your voice?

BS: Maya. Sue Bird. Circling back to Maya, she literally stopped playing to use her voice and platform and continue to fight for more. The same with Sue. To see what extent she’ll go to make sure the league is continuing to be better and using her personal experiences to help amplify the messages going forward.

BT: What’s something you’d tell your younger self about navigating this sport as a strong woman?

BS: The most important thing is to be you and be genuine. You don’t have to check a certain box or fit a certain way. That can be both on the court of off the court. Just continue to be yourself. When you show that and ARE that – genuine to other people, you’re able to connect and reach so many more people. A lot of experiences in life you’re not the only one going through it. A lot of people are going through similar experiences.

BT: When thinking about your style, how would you best describe it and why is it important to you for self-expression?

BS: I would say that I like to be cozy-comfy-chic. I can be a little exotic at some times, then I can also hang with a graphic tee.

BT: Tell us about the Overdue line. What was your first thought when seeing everything put together?

BS: I really didn’t know exactly where we would go. It wasn’t even called Overdue at that point. We were trying to figure out what’s going to be the name for this, and there were a couple of other options. We were like, “No. Overdue is best. It means so many things and it’s just one word. With the shhh graphic, it explains itself.

BT: We spoke during media day about a very special pair of kicks you were rocking, named for J. Cole, who you happen to be a well-documented fan of. Obviously, since there hadn’t been an official announcement yet, what was going through your mind knowing that now everyone would possibly be paying attention and itching for the news?

BS: You were the first one to catch it. That’s for sure. When we were changing to PUMA and rocking the Dreamers at media day, it was exciting. Just waiting for people to catch it before it was announced. I don’t think it’s easy to change brands like that, but PUMA rolled out the red carpet for me. They really embraced what I wanted to do for myself being the best and also trying to create a better space for women’s basketball and they jumped right in.

BT: Out of all of the titles that you have, your newest is — MOM. What has that been like for you and how has Ruby changed your life?

BS: Starting the journey of motherhood is an experience that you can’t put into words. The love. She’s the best thing that’s happened to me. Wanting to be my best for her and making sure that Marta and I are continuing to do whatever Ruby needs. At the same time, also to just be a role model. As female athletes, we have an interesting experience on life. That’s in the United States or overseas and making sure that she experiences everything that we experience.

BT: Thinking ahead, what’s next in the chapter of Breanna Stewart and what you’d like to accomplish with the PUMA brand?

BS: Continuing to elevate my game on and off the court. Doing that with PUMA, they make it easy. They’re just here for me in any way possible. We talked about it with this Overdue drop, but there’s so many more exciting things to come that you’ll have to wait and see about. Personally, I can’t wait to be able to have a signature line and shoe. Also for everyone else. There shouldn’t just be one in the WNBA. There should be many, and other brands need to see that.

BT: When you’re getting dressed, do you pick your sneakers first or outfit first? With that, walk me through how you chose your White House outfit?

BS: Oh, I’m outfit first. For my outfit, I worked with June Ambrose, the Creative Director at PUMA. She pulled a bunch of options for me that I wish I had ten special events to go to, but only had one, so it was really difficult to choose. Being my fifth time at the White House, I felt like I could go a little bit outside the box…

(cont.) But you know what I mean? I don’t need to wear the same thing. So I had the Sacai Blazer with the Thom Browne pants, which were super comfy. To wrap it all up with PUMA, we added in The Marathon Continues sneakers.

BT: If you were to give a special message to fans and supporters, what would it be?

BS: I’m really excited for Overdue to drop, and I hope that it’s the first of many. Thank you for your continued support. Continue to support many players throughout this league. Continue to uplift us because we’re fighting for obviously ourselves, but so much more than that.

Whether sporting a dope look on the red carpet, drilling a shot from deep, tallying an emphatic game-winning block, enjoying motherhood, or just simply quieting the naysayers, Stewart is letting you know that the respect she and other female athletes deserve is beyond… OVERDUE!

Starting October 1, the t-shirt ($35) and hoodie ($70) will be available on PUMA.com and at the PUMA NYC Flagship store.