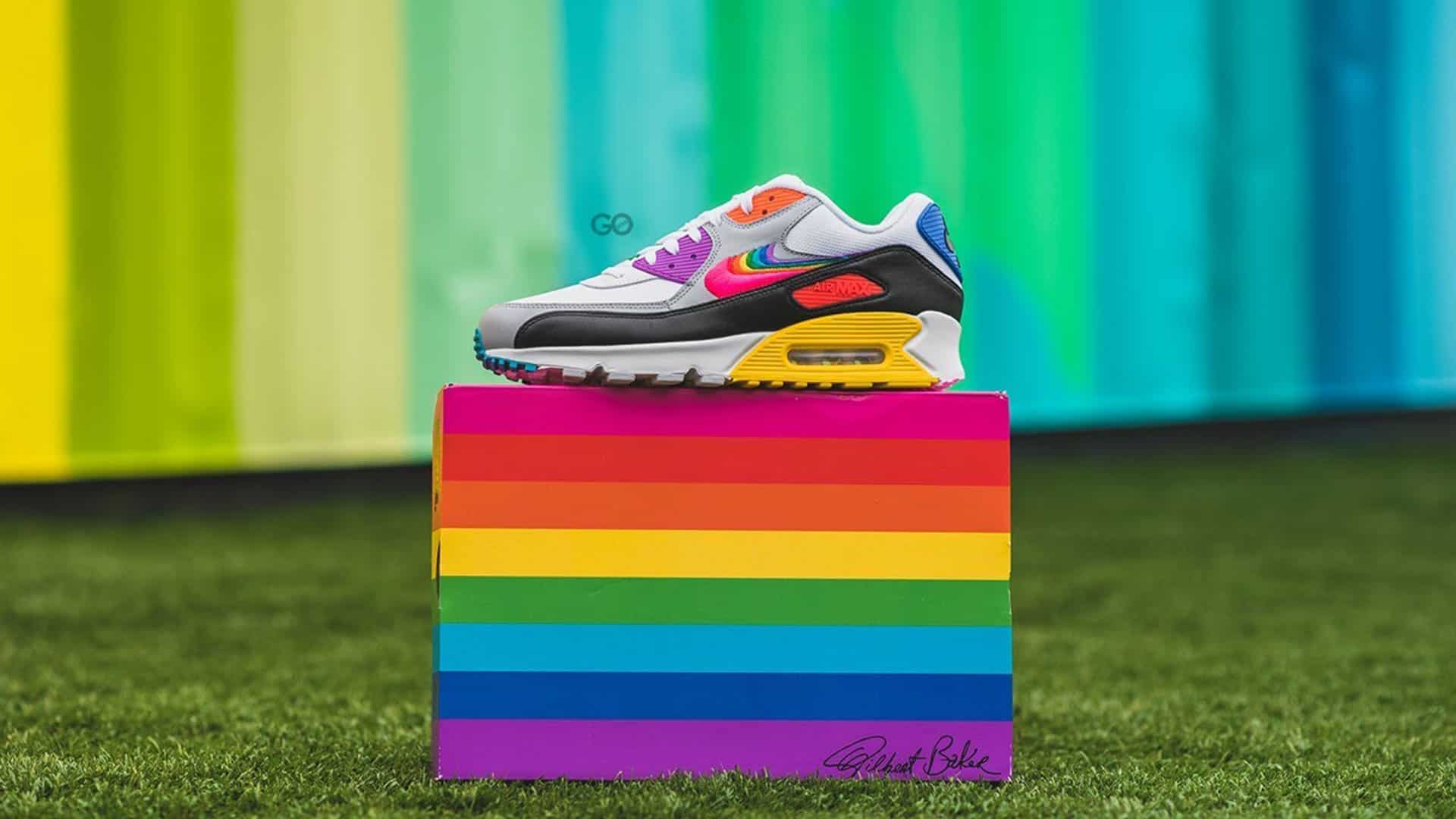 In 1978, Harvey Milk inquired that Baker create a flag that could represent the LGBT community.  Baker got straight to work and his original sketch of the flag consisted of eight different fabric colors sewn together (pink, red, orange, yellow, green, turquoise, blue and purple).

In 1979, he was then instructed to make 400 handmade flags for the San Francisco Pride parade, however, the manufacturing company he worked with did not have enough pink fabric, making pink impossible to use for the flags.  Baker then decided to remove the turquoise color to make the flag symmetrical.

For the past 40 years, the six-color flag Baker created in the late 70s is represented worldwide to band together with the LGBTQIA+ community.  This year Nike embraces the original flag and adds unique signature touches into all of the 2019 BETRUE kicks, apparel and accessories. Nike is serving up a hotline featuring the BETRUE Air Max 90, Air Tailwind 79, Air Max 720 and Nike Zoom Pegasus Turbo.  All of these shoes have the eight-color flag and a unique touch that represents the LGBTQIA+ community.

#WNBAKicks had the opportunity to talk with Elena Delle Donne and Natasha Cloud to see if the 2019 BETRUE collection is “cop” worthy.  Before the interview started we asked Natasha Cloud if she had seen this year’s BETRUE sneaker collection. She said she saw a couple of them.  So we showed her the four pairs of kicks Nike is releasing and when Cloud saw the Air Max 720, she immediately expressed the 720 were “cop” worthy.  We then asked her, “Out of all the shoes, which ones do you think best represent pride month?” Cloud said, “the Pegasus Turbos.” The Pegasus Turbos scream Pride.  Nike plastered the flag straight down the middle of the shoe from the toe box to the tongue. Around the ankle and lace collar Nike added glitter for finishing touches and they used the blacked out Nike sign on the Turbos.

After talking to Cloud, we asked Delle Donne about her thoughts on the 2019 BETRUE collection.  She had the Nike Air Max 90 and Air Max 720 in a box near her locker waiting to be unveiled. Between the two shoes, Delle Donne appeared to favor the Air Max 90.  She said she, “liked what they did with the Nike sign and how they pulled the rainbow into the sign.” Delle Donne commends Nike on this year’s release because the shoes “show how artistic, how unique we all are and how beautiful we all are.  We represent love and love is love. All these shoes are amazing and I hope everybody wants to rock them.”